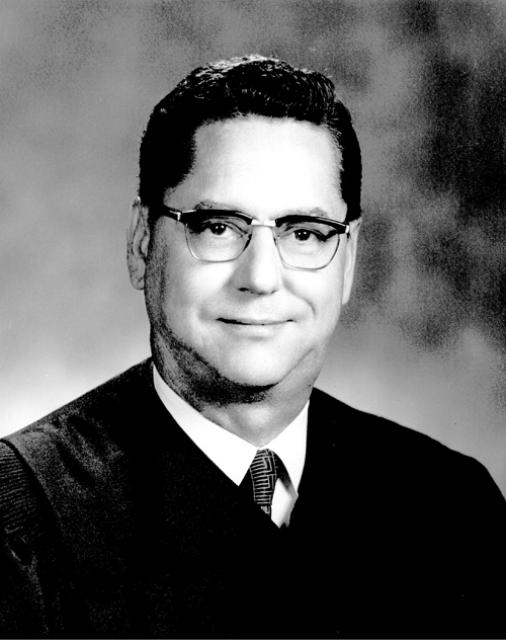 Judge Gordon Bennett Cologne, a California legislator, jurist, and recycled water advocate, died January 4, 2019 in Rancho Santa Fe, California at the age of 94. During his tenure in the California legislature, he was Chairman of the Senate Water Resources Committee and became recognized for his role in championing water quality issues.

“Judge Gordon Cologne’s contributions to advancing water quality issues and water recycling are immense. In 1969 as a California State Senator, he championed the Porter-Cologne Water Quality Control Act, which served as a model for the federal Clean Water Act. Additionally, when the WateReuse Association was formed in California in 1990, he was our first advocate in Sacramento and worked tirelessly to advance recycled water legislative and regulatory initiatives. The WateReuse Association is proud to honor Judge Cologne’s memory,” said Paul Jones II, WateReuse Association President and General Manager of the Eastern Municipal Water District.

Cologne, the son of a small meat market owner and school principal, served as Mayor of Indio (1954-56) and State Assemblyman and State Senator from Riverside County (1961-1972). He was appointed by Governor Ronald Reagan as Associate Justice to the California Fourth District Court of Appeal, Division One in San Diego (1972-1984). As a legislator, he is known for the Porter-Cologne Water Quality Control Act and was responsible for the legislation to raise $468 million to complete the State Water Project. As an Associate Justice, Cologne authored over 800 opinions.

After spending two years in the U.S. Navy, Cologne graduated from the University of Southern California and Southwestern College of Law. He worked briefly as a trial attorney in the U.S. Department of Justice, Antitrust Division before starting his private law practice in Indio, California. He represented the WateReuse Association and many California water districts in legislative matters. He is survived by son Steven Cologne, Managing Partner at the law firm of Higgs Fletcher and Mack in San Diego, daughter Ann Meyer of West Bend, Wisconsin, and granddaughter Stevie Meyer who is finishing high school. He was married to Patricia Ruth Cologne and together they raised their children in Indio, California. He was predeceased by his second wife the former Patricia J. Radice.